Our Team Right at Southern NSW 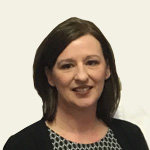 Bronwyn graduated with a Bachelor of Nursing from La Trobe University in 1992. She has worked in operating theatres most of her nursing career as a manager and clinical nurse specialist. After moving to Wagga Wagga, NSW, she began working as a clinical nurse specialist in urology in theatres and has also worked part-time in urology and gynaecology specialist rooms as a practice nurse. Bronwyn has completed a Graduate Certificate in Urology/Continence as part of her Masters in Nursing majoring in Urology and Continence. In 2010 she started a successful Continence, Urology and Prostate nursing service.

Bronwyn has served as a Chapter Councillor on the NSW/ACT Chapter Council as secretary for the past four years with the Prostate Cancer Foundation of Australia. During this time, she was heavily involved in the growth of support groups across NSW and held the position of Secretary of Wagga Wagga Support Group for several years.

Bronwyn is now the owner and Managing Director of Right at Home Southern NSW. This business provides in-home care and assistance to the elderly and people with disabilities throughout Southern NSW but also continues to provide continence, urology, and prostate nursing services. As the owner of Right at Home Southern NSW, Bronwyn is enjoying being able to deliver a broader range of services to the community, including continence care, companion, personal, post-operative, and dementia care.

At Right at Home our priority is the health and wellbeing of our caregivers, clients and community. We continue to monitor and follow guidelines set by the Federal Department of Health, the World Health Organisation and local and state health agencies. We have the capability and know how to offer you assistance in your home now. Should you need assistance please contact your Right at Home local office. Go to our COVID-19 update page.