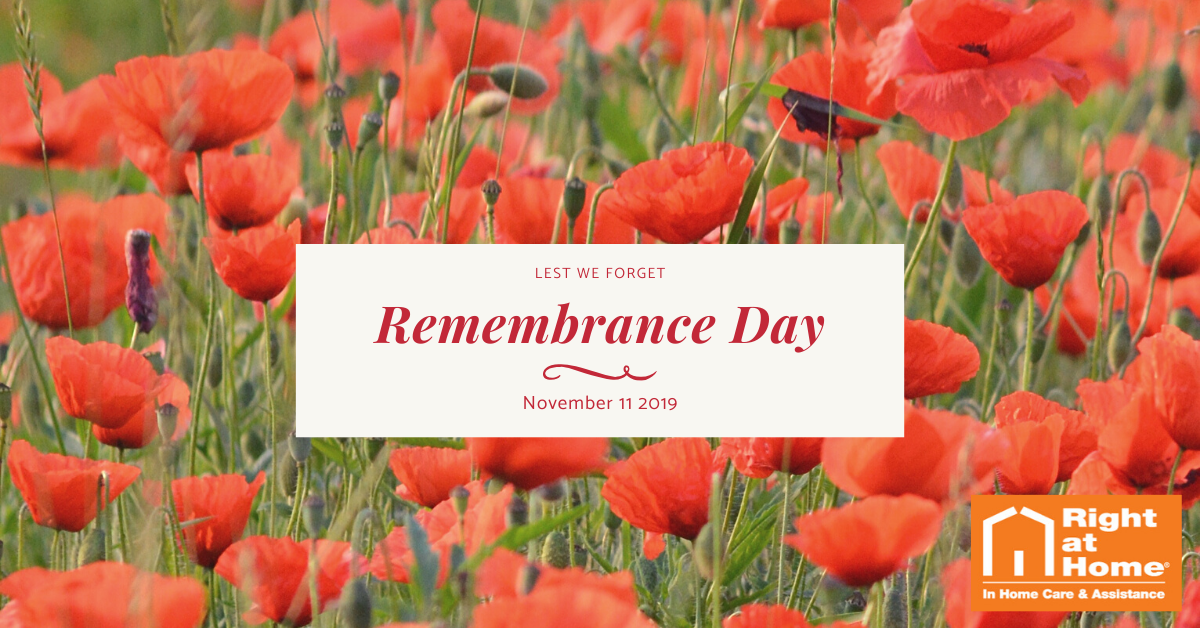 This 11 November 2019 will mark the 101st anniversary of the Armistice. In Australia, the Remembrance Day National Ceremony includes a formal wreath laying at the Australian War Memorial

Celebrated around the world Remembrance Day evolved out of Armistice Day, which celebrated the events of 11 November 1918 in which an armistice was agreed to during the First World War between the Allies and Germany that ended the fighting on the Western Front.

The poem "In Flanders Fields" stimulated the images of the red poppy which later became the symbol of Remembrance Day. The custom to wear a red poppy on the anniversary started in Georgia (USA) and spread to Europe and the countries of the British Empire and Commonwealth.

On the first anniversary of the armistice in 1919 two minutes' silence was instituted as part of the main commemorative ceremony at the new Cenotaph in London. The silence was proposed by Australian journalist Edward Honey, who was working in Fleet Street. At about the same time, a South African statesman made a similar proposal to the British Cabinet, which endorsed it.

King George V personally requested all the people of the British Empire to suspend normal activities for two minutes on the hour of the armistice "which stayed the worldwide carnage of the four preceding years and marked the victory of Right and Freedom".

The two minutes' silence was adopted and it became a central feature of commemorations on Armistice Day.

The day has increasingly become important to Australians with calls by leaders to remember Australians fallen in conflict around the world.

Today more than 102,000 Australian servicemen and women have been killed in a range of conflicts since before federation and the day is remembered annually by Australian community.

“While we can never truly repay the debt we owe our heroes, the least we should do for our brave veterans is to ensure that the government takes a proactive approach to delivering the services and benefits they have earned, so they can access the care they need and so richly deserve.” – Kristen Gillibrand.

This quote is a stark reminder, to care for those who gave up so much and survived the ravages of war and who now need our assistance. Thanks to the 'Australian Government Aged Care Reforms' launched in February this year, Australia's veterans and other elderly Australians can access the highest quality of in home care services and home care assistance to maintain their independence and to live a good quality of life right at home with confidence.

Founded in 1995, Right at Home offers in-home companionship and personal care, and assistance to seniors and adults living with a disability who want to continue to live independently or age in their home. Right at Home is your local expert for issues related to caring for your loved ones, and is dedicated to keeping you informed about home care. With no admin or subscription fees Right at Home allows you to get more care from your package or budget.

Right at Home is a 'My Aged Care' government approved, home care provider for levels 1 – 4 and offers flexible in-home care services such as nursing care, after hospital care, post-operative care, respite care, dementia and Alzheimer's care. Right at Home also offers assistance with daily living such as grooming, hygiene, transport, shopping, meal prep, domestic services and social support, so your loved one can enjoy a more independent, vibrant life. Our nurses and caregivers are screened, highly trained and insured prior to entering your home so you can trust us with the caregiving while you focus on your loved one.

This website uses cookies. We use cookies to personalise content and ads, to provide social media features and to analyse our traffic. We also share information about your use of our site with our social media, advertising and analytics partners who may combine it with other information that you’ve provided to them or that they’ve collected from your use of their services. You consent to our cookies if you continue to use our website.

I accept and understand